Perhaps Mums, more so than anyone else, know and appreciate the importance and benefits of reusing and recycling. Always up to waste not and want not, it’s often a trait that many inherit from their own Mothers or Grandmothers.

Earth day might be over but sustainability efforts do not stop there. Mums will always appreciate finding useful ways to reuse our product, particularly the multipurpose containers – which are conveniently meant to be used again and again. Made of PPSU, one of the highest grade of plastic, Hegen storage containers is resistant to high temperatures and will stand up to continual hard-wearing.

We spoke with some Mums in our community who shared some cool and creative uses for our Hegen containers, beyond breastmilk storage. 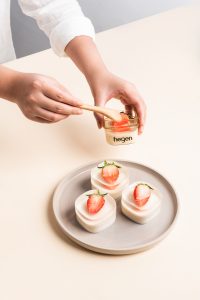 For all your baby and toddler needs

Another way to continue using the containers for feeding purposes is to use as a bowl when out and about. Instead of carrying that additional item in a Ziploc bag, a storage container is easier to stow in your diaper bag.

“It’s easier to bring home to wash as it has a cover,” explains Gwendolyn. It’s also a one stop feeding solution if you’re carrying puree. “To wash, all I need to do (when I get home) is to fill it with some water, cover and give a good shake before I add liquid cleanser.”

Mums with babies who use pacifiers find the Hegen container a nifty and hygienic storage solution of just the right size.

The bottles aren’t just great for use for carting stuff around outside but also to keep things inside the home. One of the common ways that we recommend using the containers is to store small snacks like puffs or cereal when their babies progress to solid food beyond milk. But some Mummies also store small toys – which is genius!

“I use them to store Pom Poms, which I then sort by colour in different containers,” says Alarize. As the containers are stackable, this is then a pretty neat way to organize toys into different categories.

Hegen Mum Victoria Er shares that her husband had the bright idea to use the containers to store her various breast pump parts.

“He uses one for duckbills, one for the back flow protectors etc,” she laughs. Of course these would also stack neatly and conveniently near wherever your pumping station is in the house or put away in storage one you’re done, so that no small parts are lost.

Beyond just the storage capability, don’t forget that the containers also have measurement capabilities. Mummy Vivian Yu smartly uses this function to note her son’s intake of food and water. This could be especially useful for kids who have dietary restrictions or weight gain issues. 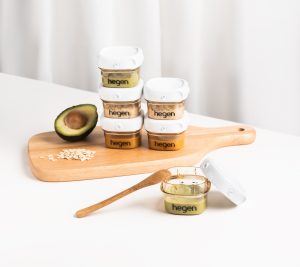 Going along the same line of the containers having measuring units, the containers can also stand in as extra measuring cups for busy Mums in the kitchen. Instead of using bowls, use the containers to prepare your mise en place so that you can whip up your dishes like contestants on Masterchef.

This is certainly a smart and viable way to use Hegen bottles which are made of PPSU can withstand temperature up to 180 degrees Celcius – you can even bake in it! Domestic pros will also know that the containers make the best kitchen jars to store spices and various condiments both chilled in the fridge or in the cupboard.

Says Fong Yee, “I also use it to store seasonings like ikan bilis powder.”

There’s no end to the ways you can reuse and recycle the Hegen containers, and in so doing reduce the need to add unnecessarily to your plastic pile – especially the single use ones.

From the team at Hegen to all our Ingenious and inventive, multi-tasking Mums and Dads, keep fighting the good fight in our bid to preserve a better planet for our children’s future!